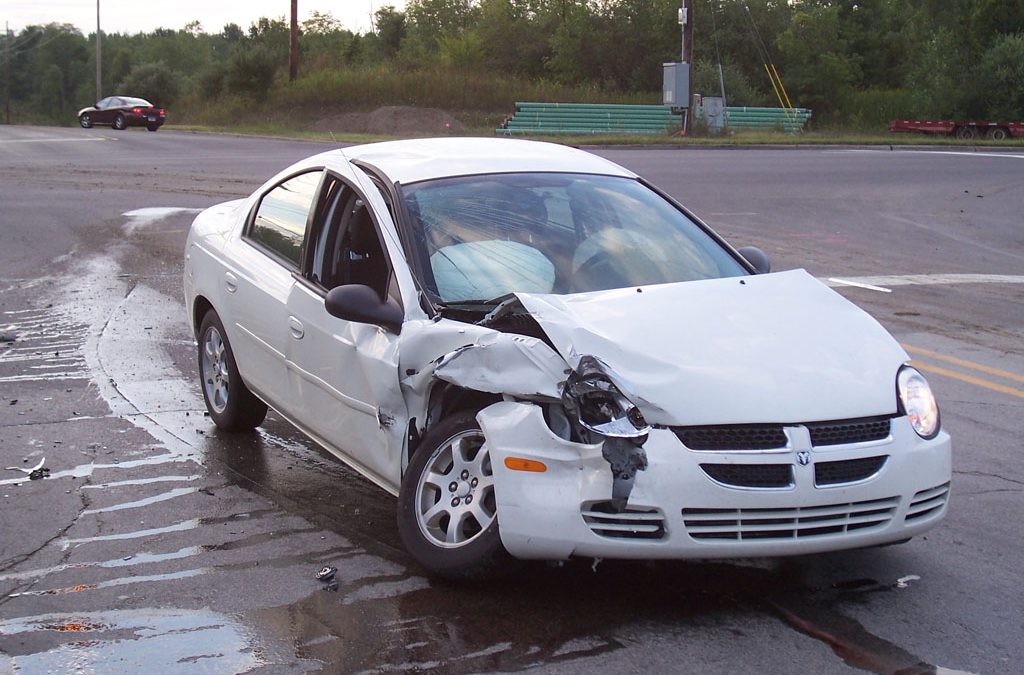 According to Safecar.gov, airbags are designed to deploy in moderate or severe crashes in frontal or near frontal collisions. These are defined as hitting a fixed barrier at 8-14mph or more and/or striking a parked car of equal size to the barrier at 16 to 28mph. Airbags are intended to deploy to provide a cushion and prevent major injuries that would result from the driver or passenger hitting the dashboard at full force or being struck by a part of the car that intrudes enters the cabin as a result of the force from an accident.

According to The National Institute for Highway Safety, “NHTSA estimates that as of 2013, 39,886 lives have been saved by frontal airbags.  In frontal crashes, frontal airbags reduce driver fatalities by 29 percent and fatalities of front-seat passengers age 13 and older by 30 percent. The fatality reduction in frontal crashes is larger for belted drivers (52 percent) compared to unbelted drivers (21 percent). NHTSA estimates that the combination of an airbag plus a lap and shoulder belt reduces the risk of death by 51 percent, compared with a 45 percent reduction for belts alone in frontal crashes.” Although airbags save lives and reduce risks of major injuries, they are not entirely safe.

As seen in the recent air bag recalls, airbags can also cause injuries. In some brands, deployed airbags had loose metal fragments that pierced through the airbag and injured drivers. This massive recall exposed the industry and no matter how advanced air bag technology is, there is still risk for injury; whether due to a company’s negligence in producing poor airbags or the nature of the crash and the impact with the airbag.

To understand potential injuries, it is important to understand that airbags work based of off sensors that detect trigger upon a sensed impact at a certain speed. This is important because one of the more common reasons airbag injuries occur is because the sensor malfunctions and the airbag does not deploy. This can lead to major head, neck, and upper body injuries that may include lacerations, fractures, broken bones, or brain trauma. The severity of the injury depends on the speed and nature of the accident.

There are some minor injuries that airbags can cause too. These include abrasions or burns, and the chemicals released when it deploys can induce asthma attacks. Airbags have also been known to cause eye injuries, sometimes-severe if the bag hits someone in the eye.

Unfortunately, airbags bags cannot always prevent death or result in minor injury.  If someone is leaning very close or against the steering wheel or dashboard at the moment that the airbag deploys the force of the deployment could cause serious injury and even death. The recommended distance drivers stay away from the steering wheel by the National Highway Traffic Safety Administration is at least 10 inches. Below is a more comprehensive list of possible airbag injuries. The type and severity depends on several factors including speed, closeness to the airbag, and nature of the collision:

Airbags are a great safety addition to automobiles and can reduce the possibility of severe injuries and death. However, they can also malfunction, causing injury. Although the human body is amazing, it was not designed to withstand the impact of an automobile collision at any speed, so it is important to keep a safe distance from the steering column and ensure the airbag is not under a recall and has a working sensor. This ensures at the minimum the airbag is in the best condition to protect and not injure.