What Are The Common Causes Of Motorcycle Accidents? 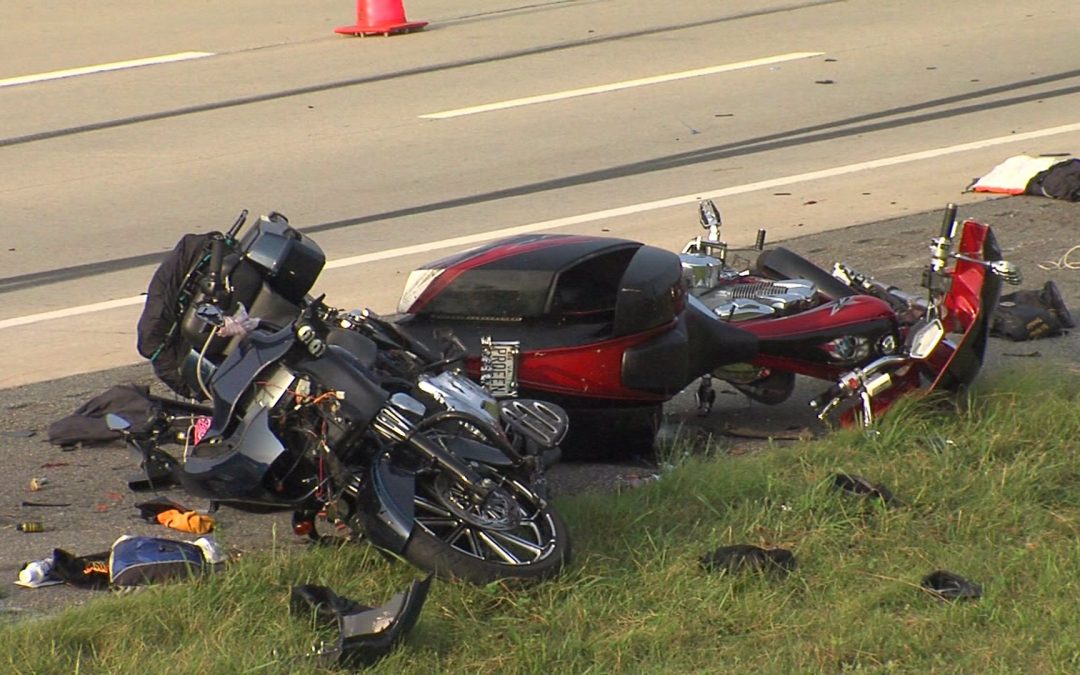 In head-on collisions the statistics are staggering.  According to NOLO, “Crashes involving motorcycles and other vehicles account for 56% of motorcycle accident deaths. In the vast majority of these accidents, the car strikes the motorcycle from the front – 78% of the time. (The car strikes the motorcycle from the rear only 5% of the time.)”  Not only are two-thirds of the collisions head first, but 60% of them are deadly.  This is most likely due to vehicles crossing mediums or perhaps making sharp turns where a vehicle is coming straight at them with no chance of avoidance.

Cars making left-hand turns account for 42% of all motorcycle accidents.  This is most likely because when a car is making a left-hand turn, the driver may not see a fast-moving motorcycle coming, may be trying to cross multiple lanes, or may make an error in judgment causing them to short the turn and cause a collision.  In addition, the motorcyclist may get caught trying to pass another vehicle and not see the left-turning vehicle or try to overtake the car.  The results of these accidents can vary based on the speeds of the vehicles.

The remaining categories are somewhat self-explanatory.  To summarize them though, when motorcyclists try to drive in between lanes, speed while intoxicated, hit fixed objects like lane barriers, hit road hazards such as potholes or bumps, or are high-performance fast vehicles, accidents are more likely to occur.  Generally in these cases, lack of space and speed that reduces reaction time cause these accidents.

These statistics are from a report listed on the Insurance Information Institutes website from March of 2015.  Despite some of the declines in deaths and injuries, you can see that motorcyclists are 26 more times likely to die in accidents than passenger automobile accidents. When riding a motorcycle this is important information to consider so you are aware of the potential consequences.

It is important to note that despite the facts, there are some deductions one can make about driving more safely to reduce the possibility of motorcycle accidents.  This goes for both motorcyclists and other vehicle drivers.  Some things that can be done include the following:

With knowledge of the causes of accidents as well as some of the ways to reduce them, perhaps more people will enjoy a safer driving experience and reduce motorcycle accidents.  Motorcycles can be fun and exhilarating to drive, but they can also be moving projectiles up against larger and sturdier moving projectiles.  Using common sense and following laws can save lives.