4 Types Of Arrests In Louisiana 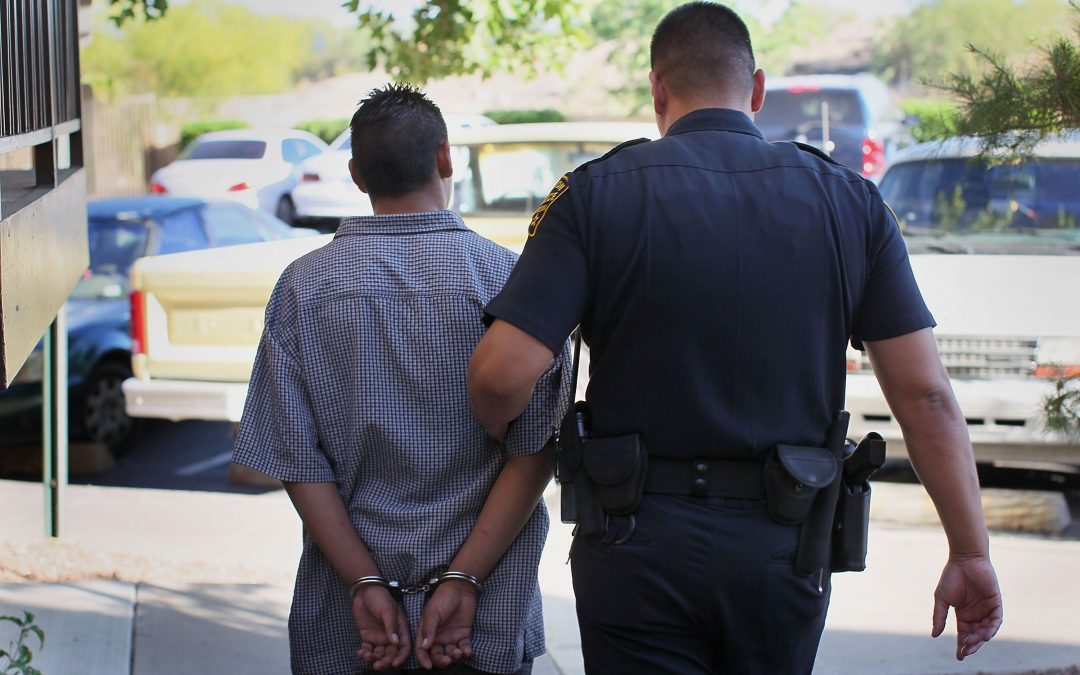 There are 4 ways that people can be arrested in Louisiana: citation; an on scene arrest; by an arrest warrant and by a grand jury warrant.  In each case, there needs to be a showing of probable cause made by the police, but the level of judicial oversight varies depending upon the method used.

Surprisingly, the most common method used by the police is an arrest by citation.  That’s right, a ticket is a form of arrest. Many people are aware that citations are used for traffic offenses, but they can also be issued in lieu of a physical arrest for criminal misdemeanors.  They can even be issued for simple battery and possession of marijuana offenses.  But, for any criminal misdemeanor, it is the discretion of the officer that controls whether the person gets a ticket or placed into handcuffs and taken to jail. That said, before issuing the summons, the officer must have a basis to believe that the person will appear in court and would not pose as a dangerous to himself or others if given the citation.  Interestingly, a citation can issue for a felony theft if the person has no prior criminal convictions.  The advantage of receiving a citation is that the offender does not need to go through the booking process at jail and does not need to post bail in order to secure his release.

The second most common method of arresting someone is the “on scene” arrest.  This is often scene in police shows whereby police are responding to a disturbance call or, in many drug cases, encounter illegal activity occurring before their eyes.  It goes without saying that an officer is empowered to effect the arrest of anyone he witnesses breaking the law, but he can also do so without a warrant for felony crimes committed outside of his presence. The officer simple needs “reasonable cause” to believe the offender committed the offense outside of his presence.  This can include his physical observation that a criminal act took place i.e. a kicked in door or victim bruising. Once the person is arrested, they will be brought to jail in order to be booked and then brought before a judge for purposes of setting bail.  In more serious cases, the offender will be brought to the police station in an effort to interrogate him and question him about the alleged criminal offense and other people involved.

The third method of securing an arrest are those that occur after an arrest warrant is issued.  Warrants typically issue following an investigation of criminal activity that take place outside of the arresting officer’s presence.  They typically issue for violent crimes in which old fashion detective work is utilized to develop the crime’s suspect or in major white collar crimes in which time was taken to establish an identified person did something illegal.  Arrest warrants will issue only after the police swear in an affidavit their belief that a crime occurred and the person whom they are requesting to arrest is responsible for the crime charged.  The affidavit is presented to a judge who will sign it if he believes probable cause exists to support the commission of a crime by the subject of the complaint.  Once this document is signed, any police officer may seek out, stop and arrest the suspect.

The least common method for an arrest is one that follows upon the return of a grand jury indictment.  In these cases the prosecutor presents an ongoing investigation to a grand jury of randomly selected citizens who, after hearing the case, believe the person committed a crime.  The grand jury’s return of the indictment is a judicial finding of probable cause and, when the indictment is presented to a judge, requires the court to issue an arrest warrant for the accused. In some instances, with advanced notice, the suspect’s defense attorney may be able to secure a preset bond and make plans for surrendering his client so as to minimize the time he spends in jail.