7 Stages To A Criminal Trial 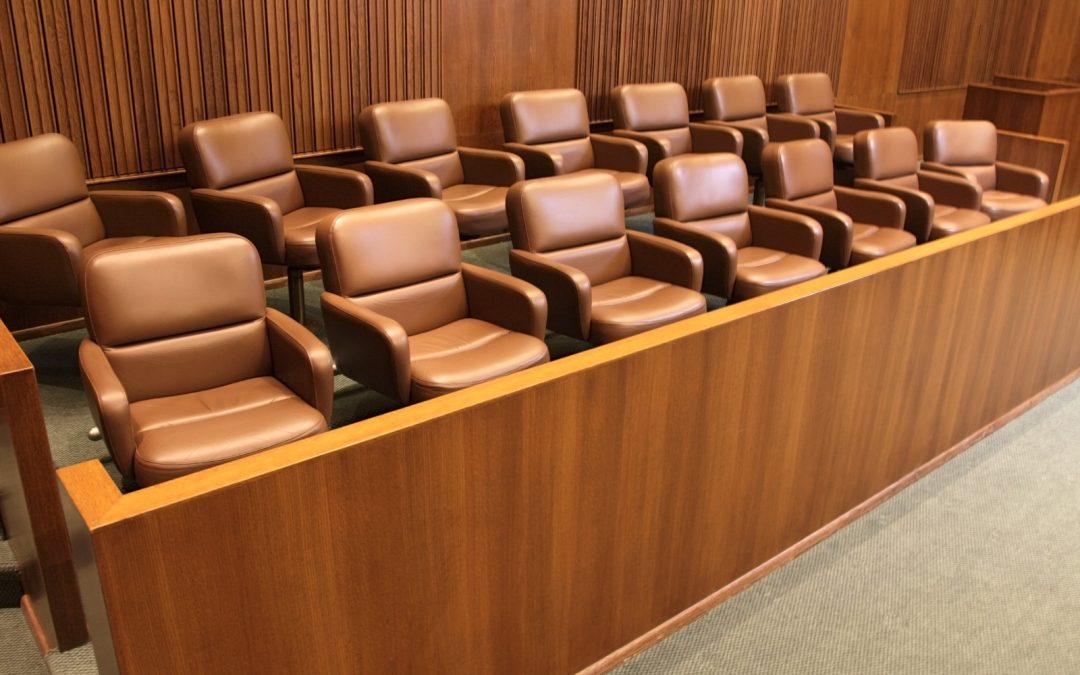 What happens at trial?  Each trial has between 5-7 stages depending upon the actions of the defense team during the trial.  Now, each stage has its own unique procedures which will be discussed in this article.

Voir Dire is a fancy French word used to name jury selection.  In Louisiana, any crime punishable by one year or more entitles the defendant to a jury trial.  This includes all felonies and some misdemeanor crimes.  The number of jurors needed to hear a case and render a verdict will depend upon the seriousness of the crime.

Any crime that requires a hard labor sentence or subjects the defendant to a sentence of life or death require a 12 person jury. As of a 2017 constitutional amendment all 12 person juries require a unanimous decision though this was not the care previously.  Those older cases allow for a 10 person vote to reach a verdict for any felony requiring a hard labor sentence that is not punishable by either a life or death sentence.

All minor felonies- i.e. those not necessarily punishable by hard labor- and eligible misdemeanor crimes require a 6 person jury all of whom must concur in order to reach a valid verdict.

The rules on jury selection are pretty relaxed with each side freely able to question the jurors about their backgrounds and beliefs relevant to the issues in the case.

It is a bit of a misnomer to say “picking a jury” because, in reality, you are deselecting jurors and the first 6 or 12 remaining are empaneled to serve.  What does this mean?  First, any juror with a legitimate bias about the case or an inability to follow the law as given by the court will be excused for “cause.”  There is no limit on the number of potential jurors who can be removed for this reason.  Then, each side has a limited number of “peremptory strikes” which are simple discretionary reasons to remove a juror.  The only prohibited reason for a strike is excusing someone based upon their race or gender.  The number of cuts available for each side is equal to the number of jurors who must serve on the case: either 6 or 12.

Of course, the accused can waive his right to a jury trial and elect to be tried by the judge alone.  This decision must be made within 45 days of the first trial setting and is irrevocable.

After the jury is empaneled, the trial will begin with opening statements.  This is a summary of what each side believes the evidence will show or not show and apprise the jury on what they feel and fair and just verdict will be at the conclusion of the case.  The state is obligated to give an opening statement and an argument can be made that any evidence not reasonably foreseeable from what was alluded to during that presentation should be excluded from trial on the basis of surprise.  Of course this rarely happens since modern discovery rules have eliminated major ambushes at trial.  Interestingly, the defense is not required to give an opening statement at all and can even defer giving one until the presentation of their case.

After the opening statements the state is required to present its case.  They will do this by calling witnesses and introducing documents that will establish the facts necessary to prove the elements of the crimes charged.  The defense attorney will be given an opportunity to challenge each witness’s veracity and biases through a questioning process called cross examination.

The defendant is not required to present a case but may do so if they deem it necessary.  Now, should the defense decide on not presenting a case, the judge will instruct the jury not to make any adverse inferences in that regard.  In fact, any juror that would require a defendant to present evidence would be excused for cause during the jury selection process. Should the defense present a case, the state will also be able to cross examine any witnesses to challenge their veracity and expose any biases.

The biggest issue is whether the defendant should testify.  That decision is up to the defendant alone after consultation with his lawyer.  It is not the lawyer’s decision.  The defendant has the absolute right to testify in his defense but is not required to do so.  He can rest on the presumption of innocence and his silence cannot be held against him.  Any jurors requiring the defendant to testify would be removed on a cause challenge during the jury selection process.  That said, there are two critical  points you need to consider.

First, even when the defendant invokes his right not to testify, any statement he made to police during their investigation can be told to the jury during the state’s case in chief.  Sometimes, the defense has nothing more to add to the statement and will refrain from testifying.  Should the defendant testify differently, those differences will be exposed to the jury and the state will infer deception on his part.

Second, when the defendant testifies, the jury will learn about any prior convictions he may have- even for unrelated charges.  In Louisiana, the general rule is that any witness can be impeached with the existence of any conviction.  Often, a defendant will refrain from giving testimony so as to not expose the jurors of his previous convictions.

When the defendant presents a case, the state will have an opportunity to rebut it if it so desires.  A rebuttal case consists of presenting witnesses and exhibits that contradict what the defense presented in its case.  It cannot repeat what they presented in their own case nor can they expand evidence outside of what the defense admitted into evidence during their case.

After all of the evidence from both sides is submitted, it is now time to bring the case to the jury for their consideration.  However, before doing so, each side will be given an opportunity to discuss the evidence presented to the jury and urge them to make a favorable decision.  Since the state has the burden of proof, they will make the first presentation and will be given the opportunity to go again after the defendant’s presentation in order to rebut the defendant’s arguments.  All parties must confine their arguments to the facts presented at trial. And, the state’s rebuttal is limited to the defeating the contents of the defendant’s arguments and not be merely repetitive of what they said in the initial closing argument.

After the arguments conclude, the judge will instruct the jurors on the applicable law and send them to deliberate.  The deliberations are done in private.  Should the jurors have a legal question they can raise that question to the judge who will clarify or repeat his instructions on a particular point of law.  Once the jury agrees on a verdict they will advise the court accordingly.

Each case has 4 possible verdicts.  Guilty as charged and not guilty are the two obvious verdicts.  But, the jury can also find the defendant guilty of a responsive verdict.  A responsive verdict is a lesser but included crime authorized by the code of criminal procedure.  In essence, the jury advises the court that the state failed to prove all of the necessary elements of a crime beyond a reasonable doubt but have presented sufficient evidence to support a conviction for some lesser crime.

The last verdict is actually a non-verdict.  If the jury cannot reach a decision, the verdict is considered to be “hung” and a mistrial is ordered.  When this occurs, the state will have the option to do another trial for the crime charged.

André Bélanger, a graduate of Loyola University, is a highly-respected criminal defense attorney serving the people of Baton Rouge, Louisiana, and surrounding areas of Ascension Parish and New Orleans, for one of Baton Rouge’s top-25 law firms. In his 18 years of practicing law, Mr. Bélanger has handled thousands of criminal cases at both the pre-trial and trial stage, including approximately 200 trials. This trial experience includes homicide defense and prosecution, large drug conspiracies and fraud cases making Bélanger one of the few attorneys capable of handling even the largest, most complex federal cases. https://manassehandgill.com/andre-belanger/