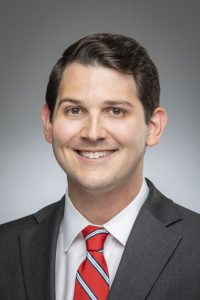 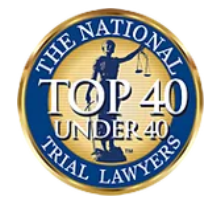 “I was facing the possibility of losing my job, professional license , etc. I walked into Andrew’s office a nervous wreck. Thirty minutes later I left feeling that I had a chance. Andrew prepared a plan of action for my case. I followed all of his advice. Andrew was able to get my case dismissed on my day in court. I truly believe that without his advice and counsel that my outcome would have been very different. Andrew was able to get me a second chance.”

“Andrew is a thoughtful, caring, and knowledgeable attorney. He has always presented himself in a professional manner and will make sure you are satisfied and have an understanding of everything that is going on. I highly recommend Mr. Bevinetto to to anyone looking for an honest, hard-working attorney that will get the job done.”

“He went to bat for me every time and fiercely, I might add! He assured me always I had nothing to worry about and I didn’t! He won the case and I am a free woman because of him! I could never say enough good things about Mr. Bevinetto, he is truly the best and you want him fighting for you, and fight he does!!!”

J. Andrew Bevinetto is an experienced attorney who focuses his practice on defending citizens when their civil liberties are threatened. Mr. Bevinetto was born and raised in New Orleans, Louisiana. He graduated from St. Paul’s School in Covington, Louisiana in 2008. In 2012, Mr. Bevinetto earned a Bachelor of Science in Finance from the E.J. Ourso College of Business at Louisiana State University, where he was a member of Lambda Chi Alpha fraternity.

After completing his undergraduate education, Mr. Bevinetto attended the Paul M. Hebert Law Center at Louisiana State University, where he graduated with a Juris Doctor and a Graduate Diploma in Comparative Law. While in law school, Mr. Bevinetto served on the Executive Board of the Student Bar Association.

Before being licensed to practice law, Mr. Bevinetto gained valuable experience as an intern at the Orleans Parish District Attorney’s office. Here, he was able to observe the procedure of a criminal case in state court from its inception to its conclusion while shadowing many of Louisiana’s toughest prosecutors. Mr. Bevinetto assisted the District Attorney’s office with screening cases, reviewing police reports, and analyzing evidence. Shortly thereafter, Mr. Bevinetto spent time as an intern at the Federal Public Defender’s Office for the Eastern District of Louisiana. Here, he assisted in representing citizens who were deemed indigent by the court and not able to afford counsel.

After being sworn into the practice of law in Louisiana, Mr. Bevinetto immediately began practicing criminal defense at Regan Law P.L.C., a private law firm in New Orleans. He zealously defended numerous citizens who were accused of committing criminal acts in Orleans Parish. He has conducted numerous pre-trial evidentiary hearings including bond reductions, preliminary examinations, and suppression hearings. Mr. Bevinetto has defended citizens dealing with charges ranging from misdemeanor DUIs to felony 2nd-degree murders. Mr. Bevinetto is admitted to practice in all Louisiana state courts, the United States District Court for the Eastern District and Middle District of Louisiana, and is a member of the Louisiana State Bar Association.