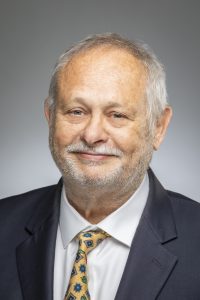 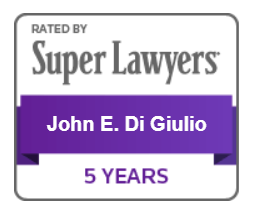 John Di Giulio, an AV rated attorney by Martindale-Hubbell is one of the most respected criminal trial lawyers in Louisiana.

Immediately prior to joining the firm, Mr. Di Giulio served as the Trial-Level Compliance Officer for the Louisiana Public Defender Board. John Di Giulio was a full time criminal defense lawyer for most of his forty years since graduating from Harvard Law School in 1969. During and after working for renowned criminal lawyer Camille Gravel in his law firm, he handled hundreds of felony cases in state and federal courts in Louisiana and many other states. He has handled a number of high profile cases, including among others, the following: capital post-conviction case of Ronald Monroe resulting in the commutation by Governor Roemer to life; the last federal trial of Teamster leader Edward Grady Partin; the defense of a codefendant of District Attorney Ossie Brown in a federal extortion trial resulting in acquittal on all counts; defense of Mayor Pat Screen of Baton Rouge in a year-long jury probe resulting first in an indictment then a dismissal; defense of the lead defendant Naaman Eicher in the Champion Insurance fraud case in federal and state courts; defense of young African American man Ulysses Jones charged with capital murder of a white Jefferson Parish deputy sheriff resulting in life sentence after a jury trial; defense of federal capital charges against Johnny Davis for four separate homicides resulting in an unanimous jury verdict of “some other lesser sentence;” defense of New Orleans Police Officer on videotape apparently beating a tourist in the French Quarter post-Katrina, resulting in dismissal of all charges in state court; defense of a Memorial Hospital nurse accused of euthanasia by Former Attorney General Foti, resulting in no prosecution; and defense of one of the Jena 6 defendants resulting in a misdemeanor plea after almost two years of pretrial litigation. One of the highlights of his career was representing prominent criminal defense lawyer and LPDB Board Member James Boren, resulting in the quashing of a federal grand jury subpoena issued to force Boren to testify against his own client.

Over the years, he has taken numerous appointed and pro bono criminal cases and has been a proponent of advancing professional standards and compensation for public defenders, including service on the predecessor board known as LIDAB. He has been an ex officio member of the Louisiana Public Defender Association. He was a charter member of the Louisiana Association of Criminal Defense Lawyers, has been on the board directors since its inception over twenty years ago, and has served in every executive position including President, as well as chairman of the CLE and legislative committees. He is the recipient of several President’s Awards from LACDL as well as the Sam Dalton Capital Defense award.